Building a Shopify App with Perl & JavaScript & Kubernetes (Part 3a) 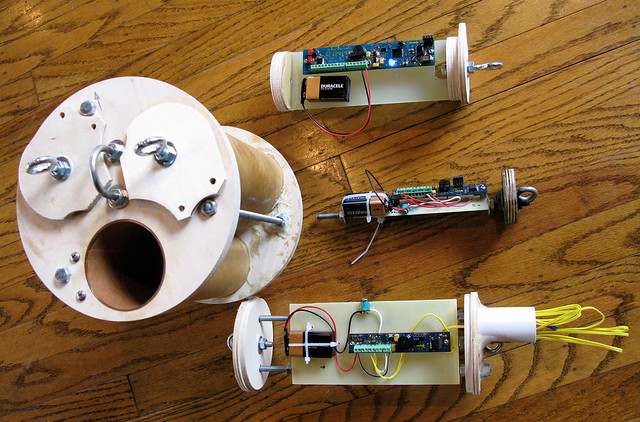 My wife runs an after-school pottery program in various elementary schools around town. Parents sign their kids up for the classes, and then my wife’s staff go out to the various schools and teach basic ceramics to the kids. All the existing student registration systems for this are both wildly expensive, and they suck. She asked me if I could solve at least one of those problems for her.

I thought maybe I’d write about the process. If you’re discovering this for the first time I refer you to part 1 where I describe the goals and the process in more detail, and talk about how I set up the integration with Shopify. There is also part2 where I talk about starting the front end JavaScript.

All the world’s a stage

So in part 1 I mentioned using a modern deployment stack based around docker. I presumed that this would eventually lead to me using one of the container platforms out there that involves using Kubernetes. I’ve never actually worked with K8s before so I figured I should set up a staging environment. (It didn’t hurt that my work project was starting to involve K8s too).

I knew that Rancher had a fairly simple Kubernetes implementation named K3s, that could easily be deployed on Raspberry Pis and other easily obtainable platforms. So I decided to set one up in my persona dev environment. One small trick, my personal dev environment ls based around LXD, which can be a little tricky when it comes to things like Docker. It becomes all “Yo dawg, I heard you liked containers” quickly. I’m writing this blog post so you know I was successful, but whether this is a cautionary tale of madness and woe is up to you gentle reader.

Mewling and puking in the nurses arms

I found these instructions which seemed exactly what I wanted, well sort of. I wanted to use ubuntu or better alpine and not Debian, and I expected to use the k3s installer but I mean basically the same. And Oh yeah my host system for LXC was a fairly old Ubuntu 16.04 LTS system with whatever lxd came via apt (this is foreshadowing pay attention).

So when I followed those instructions, it ended up not working for some reason. I kept getting errors when k3s would start up about how it couldn’t read /proc no matter what I did. Unfortunately in my efforts to debug this, I somehow decided that upgrading the host to 20.04 would be a good idea, and then when it still didn’t work I rebooted the machine and it didn’t come back. Never do a system upgrade at 2am … on a machine in a different timezone.

The next morning, when the good folks at the hosting provider had performed a system wipe and restored to a fresh copy of Ubuntu 20.04 LTS I started again.

When things had recovered, I had found some more instructions (like this one) and with everything I managed to get a working solution.

First create a new profile. In lxc, profiles are basically like configuration roles, they are all applied in the order specified and merged into the final container config before it’s started.

Then I copied in the following yaml:

Now we can create a new container. To save myself some trouble I went with ubuntu for now, I’ll bite off getting alpine to work at a later date.

The first time I ran this I used the defaults, but the container had issues using the overlayfs snapshotter. I ended up adding the configuration manually after the fact but the environment variable there will set things up the way I have them working.

We push that script into the container

When this is done it should successfully install k3s. You can check by logging into k3s-master and asking for a list of the current kubernetes nodes.

That ends this strange eventful history

This got k3s up and running for me but it was trapped inside a container using NATed networking on a private bridge. I could access everything from the host machine but I actually do all my work on my laptop these days1. To access things from the outside world I needed to expose the container somehow. Traditionally I’ve done this with a firewall rule that set up an port forward, which is fiddly and cumbersome. There has to be a better way.

Googling around I discovered that lxc supports a macvlan network stack. This basically allows a single network card to pretend to be two network devices at layer 2. (If you understood that without Googling the OSI stack you were doing better than I was when I started this.) The container would get it’s own IP address and show up on the network like it was a real boy, the downside is that the host wouldn’t be able to communicate with it directly without jumping through some hoops. Since I rarely use a shell on the host directly that’s not really a problem.

To set this up I created another profile in lxc:

This sets up a new NIC device in the container, says that it’s macvlan and that it uses the parent’s eno1 device. After that I edited the netplan in the container to use a static IP address in the range my hosting provider had given me, but by default it would have grabbed an IP from DHCP.

And like that the container is exposed to the internet.

So I haven not yet deployed the app to this Kubernetes cluster. I’m still looking at how that works. I’m investigating how blimpup.io would work with a cluster like this too for future development and testing. I would have happily traded money for their services, but they’re sadly no longer offering their services for money.

I also ran into a block with the JavaScript a few days after the last post and I need to circle back around to re-learning meiosis or some other full application state maintenance. Matt Trout has suggested a few other things to look at in that realm as well. We shall see.

The title image is G-Wiz by Steve Jurvetson.

You may also enjoy: